posted in Tools on 14 September, 2012 by Carmel Hassan Montero

Balsamiq 2.2 has been released with a stylish look & feel, some bug fixing and a new feature to choice how your mock-up will look-like either as an sketch or as a wireframe. But, is it the skin the only thing that matters?

There are some differences between these three terms commonly wrongly used between designers, although it’s also true that there are some overlap which may be the reason of such confusion.

In the context of design, sketching is rapid, freehand drawing that we do with no intention of its becoming a finished product.

… sketching is a tool that supports the process of making, not the actual design itself.

So what’s the difference? Probably there’s no difference except the fidelity degree or the formalism of the idea. Anyhow, I think it’s a good practice really making a distinction and below I’ve listed some thoughts about it:

Prototypes doesn’t need to be the evolution of a wireframe but a proof of concept of one of the many proposals designed it as wireframes. The goal is to test and validate an idea, and as sketches and wireframes, it will require to be polish up.

This is only a brief about the differences about sketches, wireframes and prototypes, if you are interested in this topic I suggest you to read the article  “Sketches and Wireframes and Prototypes! Oh My! Creating Your Own Magical Wizard Experience” as an starting point. 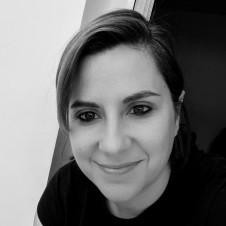 Product Designer and Computer Engineering graduated from the University of Granada. I'm based in Málaga (Spain), designing at Honest. I'm also a proud founder and volunteer at Yes We Tech.